Eat Oatmeal And Cholesterol Will Be Reduced! 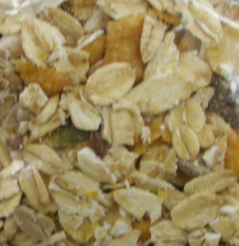 Is it true if I find oatmeal and cholesterol will be reduced?

Oatmeal is one of the foods in the world, which is known for its great cholesterol reducing capacity. Sometimes in nowadays, people consume oatmeal without even knowing.

For example, oatmeal is found in the porridge, muesli and cereals; foods that are consumed everyday be millions of people. They contain oatmeal, which helps these people reduce their high cholesterol.

How does oatmeal lower cholesterol?

The oatmeal-cholesterol connection has been estimated since long time so far. Oatmeal is one of the best foods, which reduce the cholesterol levels trough a complex mechanism.

It reduces the LDL cholesterol level. LDL is known to be the bad cholesterol because it promotes the formation of atheromatous plaques.

On the other hand, the levels of HDL are slightly increased. High HDL cholesterol levels protect the organism from the formation of atheromatous plaques.

Oatmeal and cholesterol - What are the "lowering" mechanisms?

There are numerous ways, through which oatmeal reduces the levels of high cholesterol.

First of all, oatmeal contains carbohydrates, which are complex carbohydrates with Cellulose being the most common one.

This means that energy will be released in the organism really slow. Usually, the body stores the excessive amount of energy as fats. In this case, no fats are formed and that’s one of the ways to reduce your cholesterol since cholesterol is a type of fat.

Oatmeal is a soluble fiber, which is a world known fact. This soluble fiber is the reason why the cholesterol levels are reduced through two ways:

1. Once the oatmeal enters the digestive tract, is stops the absorption of the LDL. Actually, oatmeal increases the motility of the bowels. That’s why the intestines have less time to absorb the LDL.

2. In addition, oatmeal binds with the bile acids, which are produced by the bile. Actually, the bile acids are rich in cholesterol, and are secreted in the duodenum. After that they are re-absorbed by the body in the intestines.

What can oatmeal do is to bind with the bile acids, stopping their re-absorption in the intestines. This also explains the other way, through which our body gets rid of LDL. On the other hand, these decreased levels of LDL promote the formation of HDL in the body.

Oatmeal and cholesterol - What other health benefits could you get?

Phytochemicals, which are found in the oatmeal are able to fight against some types of cancer, including colorectal and liver cancer. However, this relation is yet to be proved.

The oatmeal protects your heart. Oatmeal decreases the levels of LDL, which play an important role in the formation of atheromatous plaques in the blood vessels damaging further the heart.

There are many nutrients found in the oatmeal. Some of them include Zinc, vitamin E, selenium, iron, magnesium and etc. These nutrients improve the overall health of the patient or even a healthy subject too.


What is recently discussed in the Cholesterol Questions and Answers Room:

Have your say about what you just read! Leave me a comment in the box below.